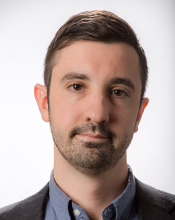 Nicholas Mosquera brings years of experience in urban planning and communicating the importance of innovative transportation projects to the media and the public. At Bloomberg Associates, Nicholas works with clients to hone bicycle- and pedestrian-friendly improvements to roadways and public space; develop messaging that can be used to build public and political support; and to communicate the impacts of city projects through the press and social media.

Previously, Nicholas worked at the New York City Department of Transportation (NYCDOT) under Commissioner Janette Sadik-Khan where he helped develop messaging around major agency initiatives and responded to daily inquiries from both local and international press on transformative transportation projects undertaken by the city. Prior to that, Nicholas worked as an urban planner for the NYCDOT, after several years as a magazine writer and editor for Condé Nast and other major publishers.

Nick has a Masters of Urban Planning from Hunter College and a B.A. in journalism from New York University.