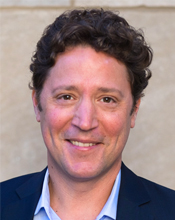 As press secretary for the NYC Department of Transportation under Commissioner Janette Sadik-Khan and Mayor Michael Bloomberg, Seth was the agency’s chief media strategist during a period of unprecedented change. He developed messaging and managed communications as dramatic streetscape transformations became headline and international news. These strategies helped inform the public debate and the successful implementation of some of New York City’s most ambitious initiatives, from the pedestrianization of Times Square to the building of 400 miles of bike lanes, to the launch of Citi Bike, the nation’s largest bike share program.

A graduate of Columbia University Graduate School of Journalism, Seth worked for The New York Times following 9/11, writing and coordinating the Portraits of Grief page in the paper’s Pulitzer Prize-winning section, “A Nation Challenged.” A native New Yorker and longtime San Francisco resident, Seth is also a former transportation reporter for his hometown newspaper, the Staten Island Advance. He is the co-author of Streetfight: Handbook for an Urban Revolution.